“I am convinced that if this framework leads to a final comprehensive deal, it will make our country, our allies and our world safer. It is a good deal, a deal that meets our core objectives.”

“The individuals who say that this deal provides a pathway for Iran to a bomb are being wholly disingenuous, in my view, if they know the facts and understand what is required for a program…I certainly am pleasantly surprised that the Iranians have agreed to so much here…”

“America’s leading nuclear experts at the Department of Energy and its national labs and sites were involved throughout these negotiations, evaluating and developing technical proposals to help define negotiating positions in support of the US delegation. As a result, I’m pleased to say that we are very confident in the technical underpinnings of this arrangement…”

“So there’s a lot of skepticism, but I think when we look at the alternatives, there are no good alternatives. And so I think it behooves us to see what’s in the final agreement and take it from there.”

“It’s a better agreement, candidly, than I thought it was ever going to be. I think that it can be a very serviceable, practical agreement, and it can signal a new day…”

“The framework agreement reached today is a positive step for diplomacy and efforts to peacefully limit Iran’s nuclear program. Thanks to Secretary Kerry and the P5+1 negotiators, as well as the power of the U.S.-led sanctions regime, the plan announced today includes significant concessions from Iran that, if fully implemented, would protect the world from nuclear proliferation in the region…”

“More issues remain to be resolved, but this framework could form the basis of a historic agreement that will peacefully prevent Iran from acquiring a nuclear weapon, thereby removing one of the greatest threats to the security of a region which certainly needs no more instability…” 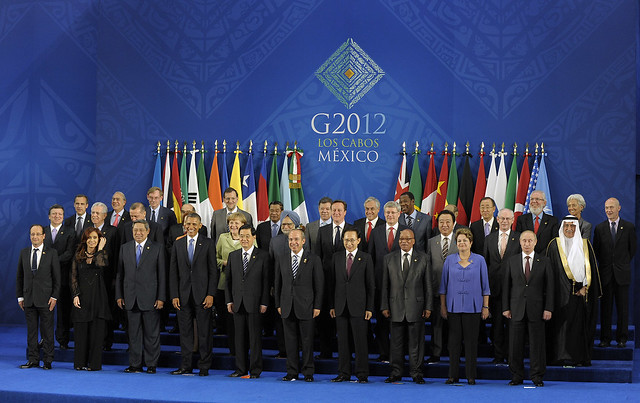 “As Turkey we are very pleased that negotiations held with the P5+1 have ended in political understanding. (We are) happy to see consensus on the general framework of a final agreement. I hope the parties will reach final agreement…”

“We are closer than ever to an agreement that makes it impossible for Iran to possess nuclear weapons. That is a great credit to all negotiating partners.”

“This is well beyond what many of us thought possible even 18 months ago and a good basis for what I believe could be a very good deal. But there is still more work to do.”

“We are convinced that the final agreement on the nuclear dossier could have positive effects both with Iran and for developments in various other crisis areas.”

“We consider the solution that was found, from the point of view of strengthening the legal system of international relations, as bright proof that the most difficult problems and crisis situations can be resolved through political and diplomatic efforts.” 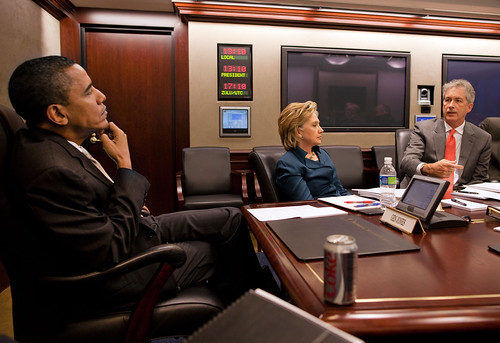 “In terms of what it is we think we know, I have not yet found anything in the contract, so to speak, that I find disqualifying…It’s more than I thought we would demand, so in that sense I’m heartened.”

“There is much to do and much more to say in the months ahead, but for now diplomacy deserves a chance to succeed.”

“By eliminating 12,000 centrifuges and five bombs’ worth of low-enriched uranium, the accord extends the breakout timeline for Iran to produce the highly enriched uranium core of a bomb to one year. By requiring the reconfiguration of Iran’s planned plutonium-producing reactor at Arak, the accord essentially closes this door to a bomb. And by agreeing to establish a new mechanism that will allow unprecedented access for the International Atomic Energy Agency (IAEA) to suspicious nuclear sites anywhere in Iran, the accord makes it much more difficult for Iran to cheat…”

“The history of the Iranian nuclear issue is littered with missed opportunities. It is a history in which fixation on the perfect crowded out the good, and in whose rearview mirror we can see deals that look a lot better now than they seemed then. With all its inevitable imperfections, we can’t afford to miss this one…”

“…the proposed parameters and framework in the Proposed Joint Comprehensive Plan of Action has the potential to meet every test in creating a valid agreement over time of the kind laid out earlier in the Burke Chair analysis circulated on March 30…No perfect agreement was ever possible and it is hard to believe a better option was negotiable. In fact, it may be a real victory for all sides: A better future for Iran, and greater security for the United States, its Arab partners, Israel, and all its other allies…”

“What’s the difference between a “good deal” with Iran over its nuclear program and a “bad deal”? A “good deal” is one that reduces the chance Iran will get a nuclear bomb, more than the available alternatives would. By that standard, the arrangement just announced in Lausanne, with specifics to be completed by June, is a good deal. It would greatly reduce the chance that the United States – or Israel – would ever have to face the danger or an Iranian bomb…”

“The agreement sketched out in the US summary, “Parameters for a Joint Comprehensive Plan of Action,” and in Secretary of State John Kerry’s remarks looks very good. Certainly, it is much better than the “no agreement” option that some US allies in the Middle East and many in Congress called for. A failure to agree would have been a recipe for disaster, a return to the counterpoint of escalating US sanctions and moves by Iran ever closer to a nuclear-weapon capability…’

“Let’s not forget that Israel dubbed the interim deal reached in Geneva a “tragic agreement,” and eventually it turned out to be a good interim deal. When there was talk of its abrogation, Israel was opposed. And another thing must be said: Contrary to Israeli assessments, the Iranians have adhered to all the conditions of the interim agreement, in letter and spirit, down to the last detail. That’s something one should also keep in mind. If they implement the principles of the agreement presented yesterday in the same way, then for the next 15 years they will be frozen at a point of being one year away from a nuclear bomb, and I think this is not a negligible achievement…Many other obstacles can be expected on the road to an agreement, but all in all, I don’t think we’re dealing with a tragedy here, and not with a second Holocaust. Yes, we would have been happy if not a single centrifuge were to remain in Iran, and if possible, had it also been possible to change the ayatollahs’ regime. But none of these are achievable objects. Let’s think: After all, even a US attack will not distance Iran for 15 years from a nuclear bomb, so why not freeze it in place for the same time — without a war?”

“Netanyahu should accept the American offer of dialogue on the draft agreement reached in Lausanne, instead of signaling his intent to scupper it out of hand…”

“…I should say that the Joint Comprehensive Plan of Action is a one-sided agreement. Why? While Iran has committed to carry out its responsibilities, the P5+1 countries and the European Union have committed only to suspend, not end, their sanctions. Even just this pledge to suspend sanctions is conditioned on Iran submitting for the next 20 years to highly intrusive inspections by the International Atomic Energy Agency. They will call the shots while Iran will be controlled by the threat of sanctions remaining over its head…”

“You don’t want a war with Iran…You don’t want to bomb that country because the unintended consequences will set the world aflame. So if you can get something that’s decent, you give it a shot.”

“…there has never been a nuclear deal, with any country, that is so comprehensively restrictive…”

“The framework agreement is a remarkable achievement. It has greater specificity on technical parameters, timelines, and sequencing than I imagined would have been possible. The terms spell out a fair and equitable deal for all parties. It will allow Iran’s peaceful nuclear program to grow at a natural pace, while at the same time providing a solid 15-year window during which the United States can build a stronger relationship with Iran to reduce Iran’s incentives for nuclear weapons. The negotiators are to be congratulated!”