The programming kicked off with media interviews with numerous Maine outlets. General Castellaw outlined how his military experience, shaped his understanding and concern about climate change. Coverage links below.

Both General Castellaw and Esther Babson spoke on the first panel of the day “Climate Change: Disrupting Lives, Lands, and Communities Around the World.” General Castellaw and Babson were joined by three “New Mainers” (professionals recently arrived to Maine) including, Charles Rugerinyage, a New Mainer from Burundi, Christophe Mbuyi, a New Mainer from the Democratic Republic of the Congo, and Maxwell Chikuta, a New Mainer from Katanga (DRC) and Zambia. After opening remarks from Babson, General Castellaw gave a brief introduction into the security threats of climate change. The New Mainers followed with presentations on how climate change is impacting their homelands and how it exacerbates violence and instability. The panel discussion was followed by moderated Q&A. The full video and slide show of pictures from the event are below. 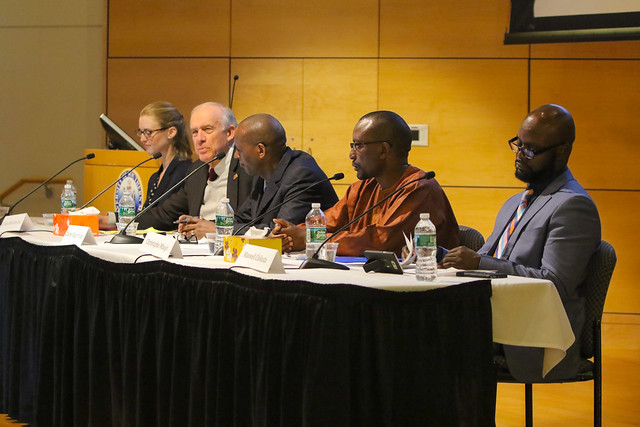 The second panel of the day was “National Security Impacts of Climate Change,” featuring Senator Angus King, General Castellaw, and film director Roger Sorkin. Roger Sorkin opened the night with a clip of his film Tidewater, which discusses the impact of sea level rise on naval bases in Norfolk, VA. He explained the rising seas are already impacting day to day operations of the base and the community’s ability to live their daily lives. He closed by pointing out that “the costs of doing nothing are much greater than the costs of doing something.”

General Castellaw began by noting the importance of addressing national security threats from a nonpartisan perspective, a key component of ASP’s work. He continued by discussing how he personally witnessed the drastic change in the water levels of the Lake Chad Basin region and how that has contributed to the rise and expansion of Boko Haram. Even closer to home, General Castellaw cited that it’s predicted that Portsmouth Naval Ship Yard will see increased flooding; going from about 12 floods a year to up to 180. This will have a direct impact on the operations of the ship yard and its critical work to repair and maintain our nuclear submarines.

Senator Angus King closed out the presentations by outlining how climate change acts as a “threat multiplier,” increasing instability and undermining resiliency both at home and abroad. He delved into the long term trends and predictions, explaining why we should be deeply concerned and must do something about it now. After Q&A, the panel concluded.

Full video and slide show of pictures from the event are available below. 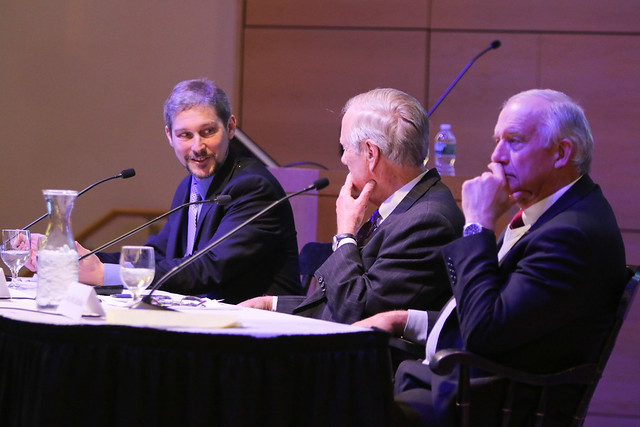