Understanding What’s Next in Fusion Energy will be held Tuesday, December 15 in Russell 385 from 12:00pm – 1:30pm. This event will be an opportunity for leaders in fusion energy from the private sector and research labs to discuss the significant progress made in advancing fusion and what this clean, safe, and abundant energy source means for America’s national security and energy future.

Leading experts in fusion from the public and private sector will discuss the new developments that have been featured over the last several months in major media outlets like Time Magazine, the New York Times, Science, and Nature. ASP is the leading think tank detailing a plan for the future of fusion. We are excited to facilitate a greater understanding this complex but revolutionary energy source. 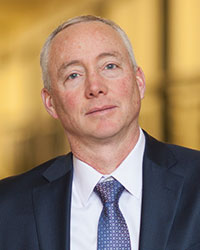 Michael is an engineer and experienced technology entrepreneur with a career spent developing complex technologies and bringing them to market. His expertise lies in technology strategy and innovation, systems engineering, product management, partnerships and joint development programs, and founding, building, and growing new technology companies. Prior to joining General Fusion in 2010, Michael co-founded and spent seven years building Energate Inc. into one of the leading residential demand response technology companies in North America. Under Michael’s leadership, Energate secured partnerships with industry champions and pioneered many of the technologies and standards to integrate residential energy management into the smart grid. Earlier in his career, Michael worked in the aerospace industry as a systems and design engineer on technologies from microsatellites to the robotic systems on the International Space Station, where hardware he designed continues to operate today. Michael holds a B.Sc. in Engineering Physics and an M.B.A. for Science and Technology from Queen’s University. Dr. Witherspoon is President and Chief Scientist of HyperV Technologies Corp., where he has led the development of high-velocity plasma jets for fusion energy research since founding the company in 2004. Since 2008, his main focus has been a collaboration with the Los Alamos National Laboratory Plasma Liner Experiment (PLX) to develop the science and technologies required for Plasma-Jet driven Magneto-Inertial-Fusion (PJMIF). PLX is now funded under ARPA-E’s recently launched ALPHA fusion program. From 1994-2003 he was President and Chief Scientist of UTRON, Inc., where he was responsible for conceiving, developing and directing the company’s research emphasizing the application of plasma and pulsed power technologies to defense, industrial and commercial areas. From 1984-1994, he was a Senior Scientist at GT-Devices, Inc. working mainly on railguns for defense and energy applications. Dr. Witherspoon received his Ph.D. in Physics in 1984 from the University of Wisconsin (Madison), and a B.S. with Honors in Physics in 1976 from Indiana University.

He is an experimental plasma physicist with over 30 years of research experience in the field of plasma physics and pulsed power. His research experience includes capillary discharges, plasma jets, plasma thrusters, electromagnetic and electrothermal mass launchers, pulsed high current & high voltage engineering, plasma magnetic confinement (tokamaks), and computational modeling. He has extensive experience with pulsed plasma accelerator technology. Dr. Witherspoon is a member of the American Physical Society, IEEE, AIAA, and is a Past President of the Washington Academy of Sciences (2005-2006). Dr. Witherspoon is an author or coauthor on over 50 journal papers and reports, and has been awarded 7 patents to date related to applying pulsed plasma discharge technology to industrial and materials processing applications.

Dr. Richard Barth has served as Tri Alpha Energy’s Senior Vice President for government relations and communications since 2010. Tri Alpha Energy is a venture-backed company focused on developing fusion-powered electricity technology that is safe, carbon-free and sustainable. Barth has over 40 years of experience in communication, public policy and government relations with particular expertise in energy, technology and security matters. He is a champion for alternative energy technology development and funding.

Prior to joining Tri Alpha Energy Barth served as Assistant Secretary, Policy Development, for the Department of Homeland Security under Presidents Bush and Obama. Before that he was Corporate Vice President, Government Relations, at Motorola where he developed a funding strategy for public safety in the aftermath of 9-11. He also worked on international high tech trade policy in the White House on the National Security Council Staff for both Presidents Bush and Clinton. Barth holds a Ph.D. in inorganic chemistry from the University of Maryland and an AB from Franklin & Marshall College. Mr. Andrew Holland is the American Security Project’s Director of Studies and Senior Fellow for Energy and Climate. As an expert on energy, climate change, and infrastructure policy, he has worked at the center of debates about how to achieve sustainable energy security and how to effectively address climate change for the last decade.

The American Security Project is a non-profit, non-partisan public policy and research organization dedicated to fostering knowledge and understanding of a range of national security issues, promoting debate about the appropriate use of American power, and cultivating strategic responses to 21st century challenges. For more information, visitwww.americansecurityproject.org.