The fires burning in the Amazon are a dire threat. As the world’s largest tropical forest, the Amazon is a giant carbon sink — sequestering somewhere around 20% of the world’s vegetation-related carbon. Any burning of the forest releases that carbon into the atmosphere. In technical climate terms, this source of emissions is called “Land use Change” — a euphemism that covers up the dramatic effect that slash and burn of a forest will have on global climate change.

Fires in the Amazon this year are far above recent years.

And it is clear that the increase in fires in the Amazon is a result of a policy change by the government of Brazil. For over a decade, deforestation had been going down. President Bolsinaro, inaugurated in January, is called “Brazil’s Trump” because of his affinity social media, his style of nationalist populism, and his tendency towards extreme policies. 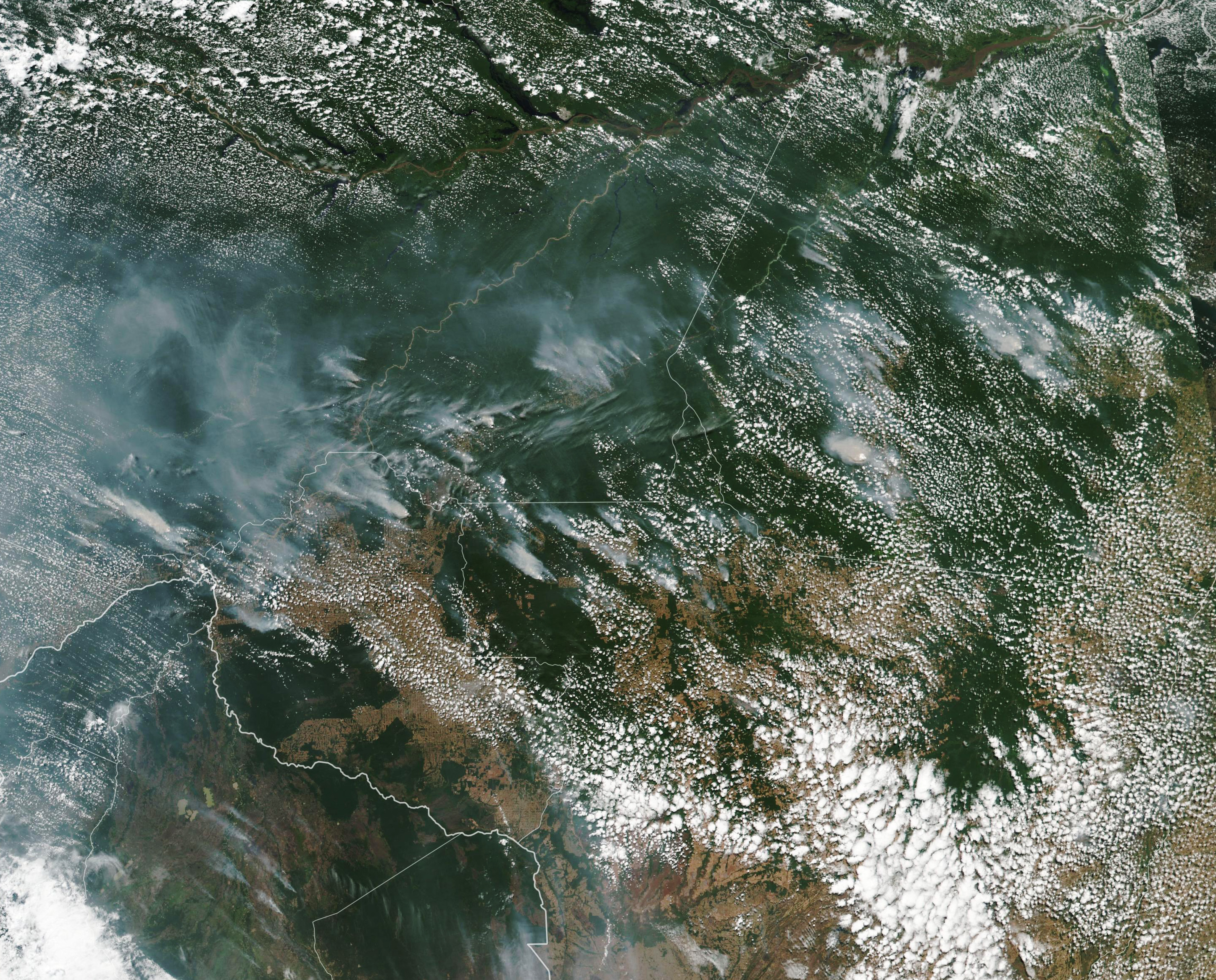 Their approach to environmentalism is also similar. Just as Trump perceived the Paris Agreement as a threat to America’s God-given right to drill for oil and mine for “Clean, beautiful” coal, Bolsinaro and his supporters see the Amazon as a resource base to power economic growth. Throughout his campaign, he called for the Amazon to be opened for mining, logging, and farming. Once in power, he signaled to those interests that his government would not step-in to stop their efforts.

Tied-up in this policy of resource exploitation is Brazil’s long history of demonstrating sovereignty in the Amazon. The military dictatorship of 1964–1985 — which Bolsinaro has frequently celebrated — had a policy of Integrar para não entregar (Take it to avoid surrendering it), due to their fears that foreigners would take the Amazon’s resources if Brazilians did not. In what had once been a region populated only by disparate indigenous tribes, nearly 30 million people now live.

As a result of those policies, deforestation accelerated. From the mid 1980s until the mid 2000s, the rate of deforestation in the Amazon was vastly higher than it is even this year. The Amazon lost almost 20% of its area as a result of that binge. As a result of international pressure and a growing understanding of the value of intact forests within Brazil, the government slowly began to slow deforestation.

It appeared, however, that Brazil and the world had solved the problem. There was no magic trick that suddenly stopped deforestation: just a combination of factors: giving clear property rights to people living in and around the forest, external pressure, new technology to monitor the forest (particularly satellite imagery capable of detailing deforestation as it happens), and rigorous government enforcement of the law. Brazil even included strong protections of the rainforest, with a pledge in its Nationally Determined Contribution (NDC) to the Paris Climate Agreement that it would achieve zero deforestation by 2030 along with substantial reforestation.

Unfortunately, the policies of the Bolsinaro government in Brazil has undone those advances.

The Stakes of Amazon Deforestation

What’s worrying is that the rain forest could reach a “tipping point” — where the changes become unstoppable, regardless of action. Currently, the vastness of the Amazon creates its own weather — the heavy, wet air resulting from evapotranspiration of the soil and the trees. This creates local weather — a forest creating its own rain — as well as global “Atmospheric rivers” that drive rain to places as far away as the United States and Europe. If the rain forest becomes smaller, or too interspersed with cleared areas, it could dry out, and change towards a savanna ecosystem. Scientists call this phenomenon dieback, where the forest no longer supports itself. It would have tremendous consequences on the efforts to manage global climate change, as well as on global ecosystems.

So, the stakes are global, but the method of stopping it is national. The G7 left Biarritz with a pledge to give $20 million to stop the fires in the Amazon — a number so paltry as to be laughable. In fact, Bolsinaro has announced that Brazil will reject the aid in a spat over personal differences with French President Macron.

The only country with the power to hold Brazil to account is China. Thirty years ago, the U.S. and Europe had great influence over Brazil as members of the “Paris Club” of creditor nations — there was even talk of a swap of debt forgiveness in exchange for protecting the rain forest.

Today, Brazil is no longer in debt to Europe or the U.S. — but to China. It is the second-largest recipient of Chinese external development lending in Latin America, behind only Venezuela, at nearly $30 billion over the last decade. China is the largest buyer of Brazil’s agricultural exports, especially since the start of the US-China trade war. Brazil supplies 75% of China’s soybeans, and China buys 44% of Brazil’s beef exports. This dependence gives China leverage over Brazil — leverage that European countries simply do not have.

President Xi Jinping has said he wants to fight climate change, and has emerged as a strong defender of the Paris Agreement, saying:

“The Paris agreement is a milestone in the history of climate governance. We must ensure this endeavor is not derailed. All parties should work together to implement the Paris agreement. China will continue to take steps to tackle climate change and fully honor its obligations”

On the other hand, the Chinese government has been a longtime champion of national sovereignty, defending countries’ rights to handle situations within their own borders. It has its own internal reasons for doing that. However, Brazil’s actions to increase deforestation are a direct violation of its Paris Agreement commitments. If Xi Jinping wants to be the climate champion he’s claiming to be, then he must stand up for the climate.

If the Chinese government is serious about being a climate leader — and this rhetoric is not just a posture to differentiate itself from its American rivals — then it must take a stand to prevent this year’s fires in Brazil from spiraling into a year’s long spate of deforestation. China should take a stand for a sustainable Brazil by supporting efforts to fight the fires. This means both positive measures to source sustainable imports, as well as pressure on the Bolsinaro government. If Chinese leadership is serious about climate change, the most important action it can take on the international stage is to stand up for the Paris Agreement and push Brazil to halt deforestation.

After all, actions within Brazil will impact the whole world: China is not excluded. China’s great rivers are fed by the melting glaciers of the Himalayas. China’s Gobi Desert is expanding into its wheat-growing breadbasket. China’s great coastal cities like Shanghai and Guangzhou will be victims or rising seas and more powerful Typhoons. It is time for China to lead on a global issue.